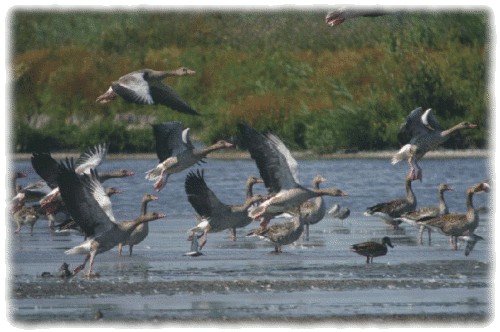 Discovering the natural treasures of Fertő-Hanság National Park. The task of the natural park is to protect the natural value of the preserved moorish marshland, the marshland of Hanság and the reed of Lake Fertő. Stressed task is the protection of natural genomes and the preservation of some species. The permanent exhibition representing the flora and fauna of Hanság takes places in the Öntésmajor Múzeum. The wonderful bird fauna of Hanság can be observed in Madárvárta. Due to the developments of the recent period, the natural flooding of an area of approximately 2500 hectares resulted in the partial reconstruction of the habitat, which restored the natural growing place of the indigenous flora. Species that used to represent the natural part of the area of Hanság but became extinct from the land, such as otter, bustard, black stork, osprey, Hungarian grey ox and water buffalo were resettled. The intact flora and fauna can be observed by organized bird-watches and kayaking tours too. 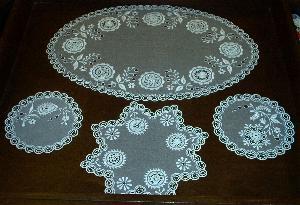 The wines of the Sopron wine region can be discovered by wine-tastings and wine-tours. Local gastronomic specialties include clasp-knife platter of Kapuvár, rolled meat of Hany Istók, slaughterman liver, foreleg ham of Kapuvár, rolled meat of Hanság, fritter-like pastry and pretzel of Rábaköz. Horse-riding tourism has significantly developed in the recent years. Both sport riding and therapeutic riding came into prominence. In our town, carriage tours are organized with the intention of presenting the preserved natural values for the visitors.The natural and hydrographical conditions of the surroundings render it possible to meet the demands of guests who are fond of hunting and fishing.Kapuvár and its surroundings are rich in traditional, folk artistic and architectural characteristics that visitors find really interesting (for example the lace of Hövej, traditional soldiers’ songs – verbunk – of Kapuvár, the national costume of Rábaköz, many gastronomic specialties etc.). Some of the outstanding values of the Hungarian architecture (such as the castle of Fertőd, Nagycenk, Röjtökmuzsaj and Mihályi) can be found in the surroundings. In the respect of beliefs and folklore, our town is proud of a curio, namely the legend of Istók Hany. According to the legend, in the marshland of Hanság once lived a wild child, who was taken out of Lake Király in 1749 by fishermen. He was christened István Hany in Kapuvár. He lived in the prince’s court for a short period, but he escaped from there because of the human viciousness, and never returned. Several legends, literary works and novels recorded his figure. His existence is proved by a Latin note recorded in the baptismal book of Kapuvár parish church about his christening. 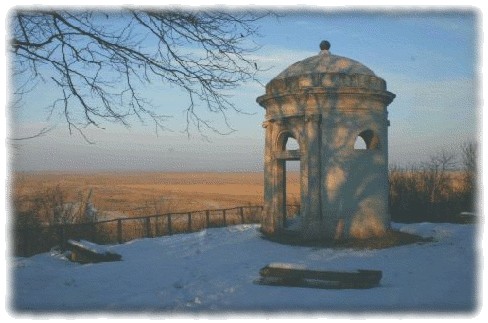 Fertő-Hanság National Park and the Fertő region world heritage is one of the most special “wild waterlands” in Middle-Europe. Lake Fertő was first mentioned in 1199 in a document. Its larger part belongs to Austria; Hungary possesses 82 km2 of it. Its average depths is 60-70 centimeters, its deepest point is only 160 cm below the water level. The lake is surrounded by various landscapes. Lake Fertő is part of Fertő-Hanság National Park of 20 000 hectares. At the national park 300 nesting and passing bird species can be observed. The lake is the home of approximately 30 fish species. The water is ideal for bathing, but is also perfect for boating and sailing. In winter skating on its ice is a great pastime. In 2001 UNESCO declared the conserved architectural unity of the region, the reedy area of Lake Fertő and the uniquely bird and other fauna part of the World Heritage. 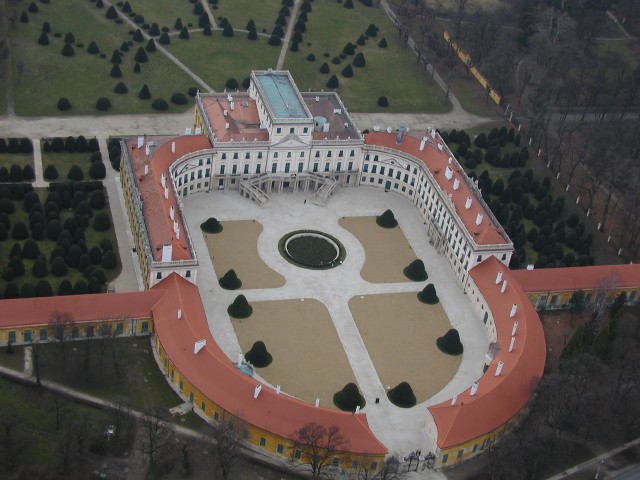 The Esterházy Castle of Fertőd is situated 20 kilometers from Kapuvár. The building complex is called “the Hungarian Versailles”. It was the scene of wonderful ceremonies, Europe-famous performances and concerts, due to the work of Joseph Haydn. In the English style park, at the end of the roads, which radiately part from the center, once sculptures and chapels were standing. The permanent exhibition can be visited in the former residency of Haydn, which is located in one of the most beautiful baroque buildings, in the House of Music. 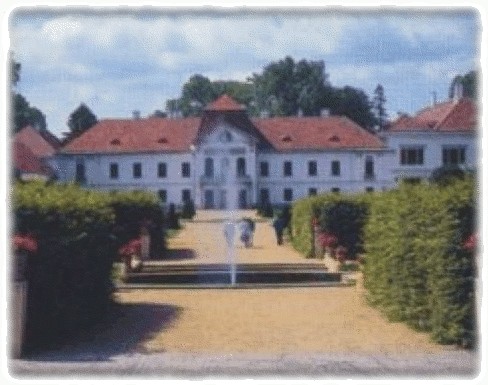 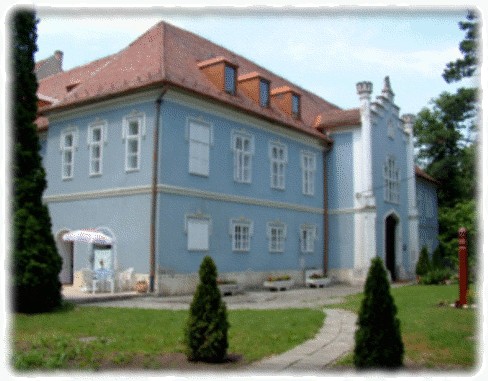 Dőry Castle Hotel of Mihályi: It is situated 11 kilometers from Kapuvár. The most important tourist sight of the village is the Dőry Castle. Its walls were built on a fort originating from the beginning of the 10th century. The castle was constructed by Demeter Ládonyi around 1570, in the place of a wooden mansion. The owner of the castle was Miklós Dőry from 1860. He added a new look to the building, which corresponded to the romantic spirit of that time. According to the tradition, the Hungarian Queen Elizabeth and her attendance found shelter here in the summer of 1440, on the way from Visegrád to Vienna. She hid the sacred crown in a hollow of a tree here. The protected park of 2 hectares, which is divided in two by the Kis-Rába, is also a great attraction of the castle. 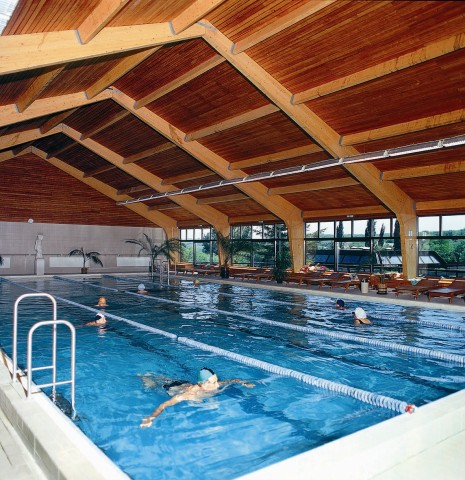 The termal baths of Balf and Hegykő:

Balf and Hegykő are located 6 kilometres from Sopron in the vicinity of Lake Fertő, both settlements gained reputation because of their thermal baths. Besides, the bottling of Balf mineral water takes place here too. 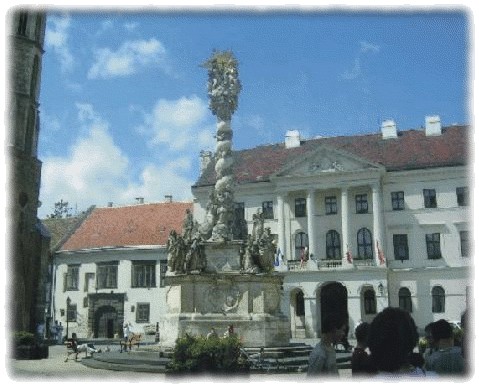 Sopron is one of the most atmospheric towns of Hungary. It is also called city of museums , due to its 23 permanent exhibitions. Hungary’s western gate, and the cultural center of the region. The grape and wine culture has a history of more than 2000 years. It is one of Hungary’s historical wine regions, so it rightly bears the name “Town of wine and grape”. 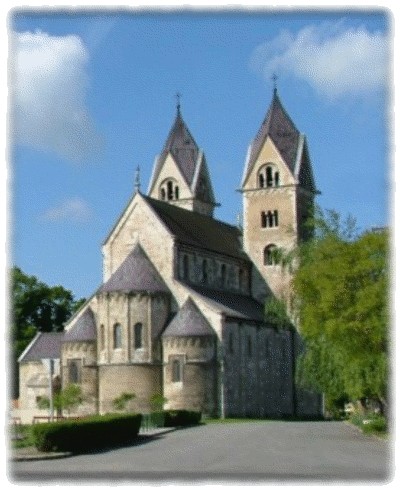 Roman Benedictine monastery of Lébény: The monastery was founded in 1208 by the members of the Benedictine order. One of Hungary’s largest and most valuable roman monument, the abbey was added to the monastery in the 13th century. 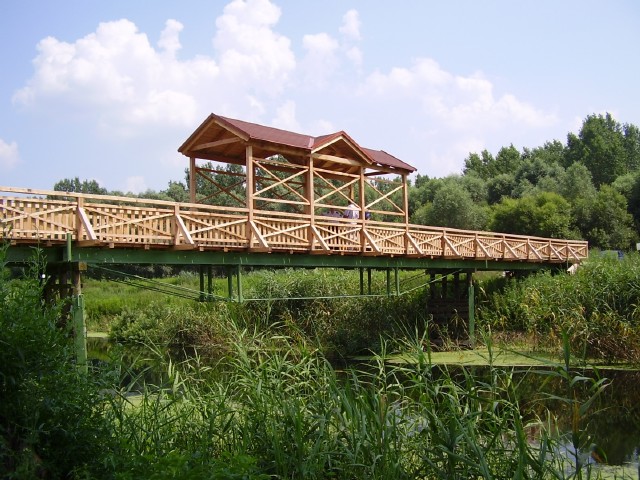 The 7-meter-long and 2-meter-wide wooden Bridge of Andau – which spans over Hanság main channel – is a historical site and a temporary border crossing. This is the starting point of the 9-kilometer-long “trail of refugees”, on which first in 1947-48 ousted Germans, then after the revolution of 1956 200 000 Hungarians fled to Austria. The soviets blew up the bridge twice,consequently the present bridge is only a reconstruction. By the road on the Austrian side, sculptures against violence, intolerance and hatred are exhibited. The bridge can be approached from Kapuvár on a 15-kilometer-long bicycle road, which uncovers the intact natural values of the fenwoods of Hanság. 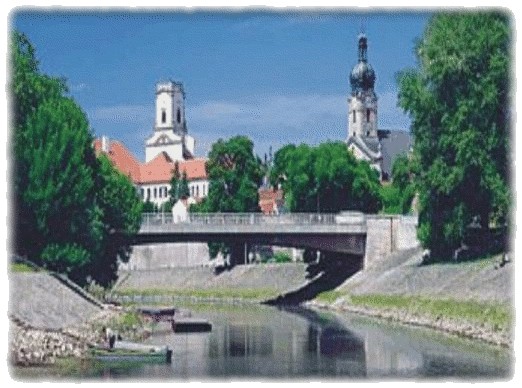 Due to its accessibility and geographical location, Győr is often referred to as the city of meetings. It is also called city of waters, because here  four rivers join together, the Marcal, the Rábca, the Rába and the Mosoni Danube. The radiately converging roads arrive from north from Slovakia, from west from Austria, from south from the Balaton region and from east from Budapest to the hearth of Kisalföld. The town, which once possessed right of holding markets and staple right, continuously developed into the center of western trade and later the center of economy. Hungary’s third richest town in historic buildings won the Europe award of protection of historic buildings as recognition for reconstructing the baroque city center. The Győr Ballet Company, the National Theater of Győr and the Győr Philharmonic Orchestra offer unforgettable artistic experience in every season for the enthusiastic audience. 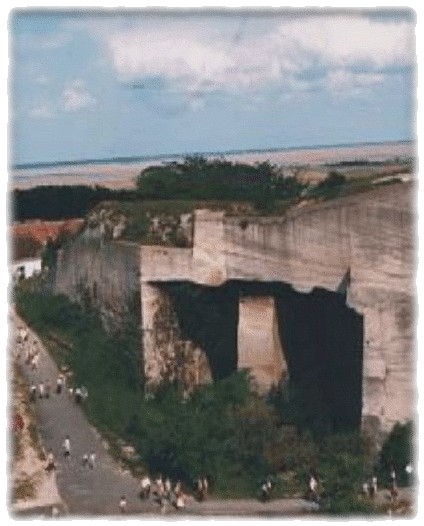 Fertőrákos, Cave Theater: Several palaces in Vienna and Sopron were built by using the limestone extracted from the quarry of Fertőrákos. Enormous, underground halls resembling to Egyptian rock-graves amaze the visitors, who can enjoy opera performances here in the summer, because the inside theater hall provides fantastic acoustics. The beautiful, panoramic landscape of Lake Fertő can be admired from the hill of the quarry. 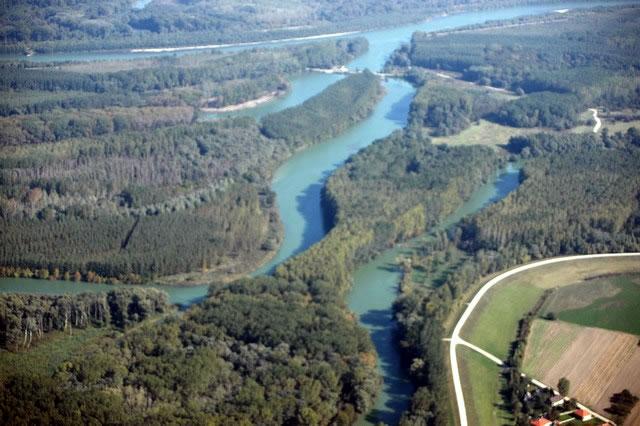 Natural habitat of Szigetköz: Hungary’s largest island, Szigetköz – surrounded by the Danube and the Moson Danube – is often called the gift of the Danube. The region lying approximately 50 kilometers from Kapuvár offers ideal environment for water touring, fishing, and horse-riding.

Back
Copyright © 2007
Local Government of the Town of Kapuvár